The first five years of a child’s life are crucial to how their brains develop. Children are born ready to start learning. Through their first few years of life, children’s brains are uniquely wired to collect and process information much faster than they will as adults.

Understanding brain development in early childhood is important for teachers and families because the quality of learning during this critical period will impact children’s ability to succeed in school and adulthood.

Read on to learn more about early childhood brain development, why the first five years of learning are so critical, and how you can help improve children’s brain activity from the time they are born. 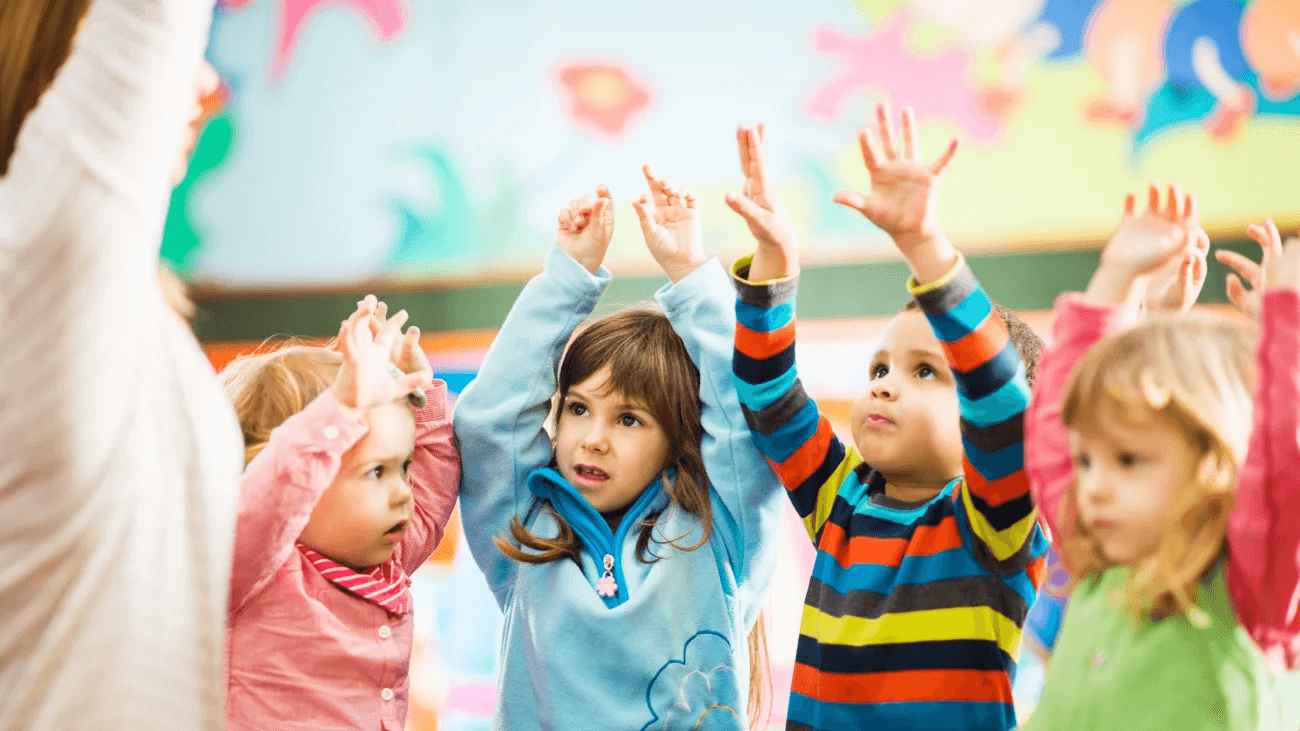 When is the brain fully developed?

Though a brain is considered fully developed once a person reaches adulthood, the anatomy of the brain that promotes learning develops much sooner. At birth, a baby’s brain is typically just a quarter of the size of an average adult's brain. Within 12 months, it doubles in size before reaching 80% adult size by age three and 90% adult size by just age five.

Even before birth, the basic architecture of a child’s brain has already started to form. As newborns, children already possess billions of brain cells (or neurons), and there are trillions of areas between these neurons (called synapses) where learning occurs.

In the early childhood years, nearly 1 million synapses are formed every second. And two-year-old children have twice as many of these neural connections as adults. This enables their brains to process and learn new information faster than at any other stage of life.

Despite this massive amount of brain processing power, children can’t learn everything at once. Different areas of the brain are responsible for different abilities, and children develop new skills as the connections in their brains gradually build onto each other in stages.

As the name suggests, the sensorimotor stage focuses on children learning using their five senses. This stage occurs from birth to around age two. During this phase, children gather new information about the world around them through their senses. For example, infants and toddlers will touch and put things in their mouth to understand what the response will be.

Sensory play can be a useful educational tool for young children during this stage and can help promote brain development, cognitive development, language development, and motor skills.

The preoperational stage occurs from around ages two to seven. Cognitive growth is still occurring rapidly during this phase, and children will typically learn how to communicate in their primary language during this five-year window.

Other skills learned during the preoperational stage often include logic and reasoning, the ability to think symbolically, the ability to focus, and both short-term and long-term memory.

Playing and collaborating with other children is a natural milestone during this stage. Understanding the stages of play and their impact on development can help teachers further enhance children’s skill during this stage.

The concrete operational stage occurs from around ages seven to 11, taking young children into pre-adolescence. During this period, children become more aware of other people’s feelings and learn to apply logical thought to objects.

The formal operational stage is considered the final stage of cognitive development. It typically occurs after age 11 and lasts into adulthood when the brain is considered fully developed. This is the stage where children develop the ability to think logically and understand abstract ideas. Children are able to think about hypotheticals and formulate various solutions to solve them.

Why are the early years so important for brain development?

As mentioned above, a child’s brain is nearly fully formed by the time they reach kindergarten. And the skills developed during this time, such as memory or logic and reasoning, lay the groundwork for brain development from adolescence to adulthood.

On top of that, research also suggests that some skills are learned best during the preoperational stage, which usually occurs from age two to seven years old. After this, the number of synapses in children’s brains decreases, meaning skills like language development are harder to master. This is why young children who grow up hearing a second language spoken regularly in their home can speak fluently much easier than those who try to learn one later in life.

Since young children’s brains are primed to learn as much information as possible, there are plenty of ways educators can support healthy brain development.

How can a teacher improve a child’s brain activity?

The first few years of early childhood brain development are crucial for future learning. And the best ways for parents and educators to stimulate brain activity are through simple, everyday activities like reading, playing, and comforting them when they feel stressed.

How to develop a newborn baby brain

Studies show that responsive, loving, and supportive care can help babies handle stress much better than if care is inconsistent. In other words, simply holding and cuddling your baby when they’re upset can go a long way towards healthy brain development.

Play is an important part of brain development for young children, and it starts in the infant stage. This can be as simple as reading, singing and talking to your baby. It can also include engaging activities like playing peek-a-book or holding out toys for your child to touch, smell, and see as they learn through sensory play.

For toddlers, fostering imagination and creativity is incredibly important and age-appropriate. Sing songs with actions that children can mimic, like Wheels on the Bus or Itsy Bitsy Spider. You can also encourage pretend play, drawing, and building with blocks to improve fine motor skills.

Reading is also one of the best ways to promote a child’s brain development. Even before they can recognize letters or words, reading picture books helps children connect words and images and kickstarts their language and communication skills.

Social and emotional development can be strengthened greatly during preschool. This can be done through encouraging activities that promote sharing and taking turns, or reading books about emotions. Teachers can help children learn to verbalize what emotions they’re experiencing, and develop healthy habits to deal with them.

Reading can also support social and emotional learning (on top of many other brain functions), as teachers can use characters in stories to teach children how to identify and describe different feelings, facial expressions, and body language. This can help children strengthen the neural connections needed to develop their own self regulation skills.

Early childhood brain development sets a massive foundation for children’s future success, both in and outside school. It’s a vital period of rapid learning and growth that should not be wasted. If you’re a parent, caregiver, or early childhood educator, remember to take the time to consistently read and play with your children from the time they’re born as these habits can have lasting impacts on your child’s future.