How to Teach Letter Recognition in Early Childhood

How to Teach Letter Recognition in Early Childhood Developing letter recognition skills is essential for early childhood literacy development. Children’s knowledge of letter names, shapes, and sounds indicates the ease with which they learn to read and write. Children struggling to recognize letters in preschool often experience challenges in elementary school.

Families and teachers can intervene before it’s too late by promoting pre literacy skills and activities at home and school. Below, we elaborate on the best ways to teach children letter recognition skills and the alphabet.

What is letter recognition?

All children are unique and don’t acquire letter recognition skills at the same time, however most children know the alphabet by the time they start kindergarten.  Around age two or three, children begin to recognize the letters in their name. Children at this age sometimes scribble what looks like the first letter of their name.

Letter recognition skills don’t begin to fully develop until preschool. By age four, children can often identify all letters of the alphabet and start to connect letters to their sounds.

Letter cognition skills start to develop when children express interest in the alphabet. Most children's interest develops when they see older children or adults reading books or doing homework.

Letter recognition and mastery depend on other skills like visual perception, auditory perception, visual-motor skills, and memory. Below, we elaborate on these skills and how to develop them.

Visual perception is how a child’s brain makes sense of what their eyes see. In this context, it’s how children see and interpret different alphabet letters. Shape and case type are the primary ways children can recognize letters through visual perception.

The following activities are excellent for developing visual perception skills:

Memory is a cognitive skill children acquire while growing. Memory is the ability to remember past experiences, facts, and skills. Memory skills in letter recognition refer to remembering different letters of the alphabet by name, shape, and sound. Some activities to promote children’s memory skills include:

Why is learning the alphabet important for early literacy development?

How to teach letter recognition

The best practice is to start with frequently used letters, like the letters in their names. Children are more familiar with these letters, making them the best starting point for letter learning. You should introduce them to one or two letters at a time and introduce more as they learn.

Distinguishing between capital and lowercase letters is critical in developing early literacy skills. You’ll need to introduce the children to both as they learn the alphabet. Start with capital letters, since they’re more distinctive, and teach their lowercase equivalent once they’ve mastered the capital letters.

Teach confusing letters one at a time

Literacy activities promote letter recognition skills. Here are some creative and easy preschool letter activities teachers can use to teach children how to recognize letter names, shapes, and sounds. 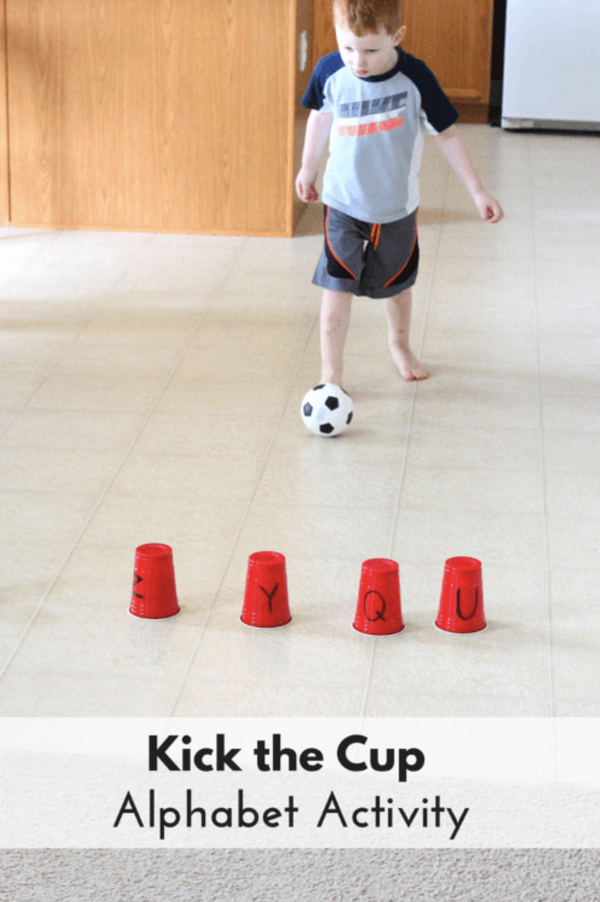 Kick the letter cup is an excellent way to teach letter recognition while incorporating some physical activity. You’ll need a stack of plastic cups, a marker, and a soccer ball. Write single letters on cups and then line them up in a row. Give the child a soccer ball and ask them to kick it toward the cups. Instruct the child to identify the letter on the cup that the ball hits.

The classic “I Spy” game can be played with children of all ages. Spot something in the classroom and tell the children what sound or letter it starts with. Children must look around the room and try to figure out what you “spied”.

Ask children to search for objects that start with a specific letter, like finding a crayon for the letter “c”.

Preschool songs like, alphabet songs or rhyming songs, are an easy and interactive way to reinforce letter sounds, alphabetical order, and letter names. 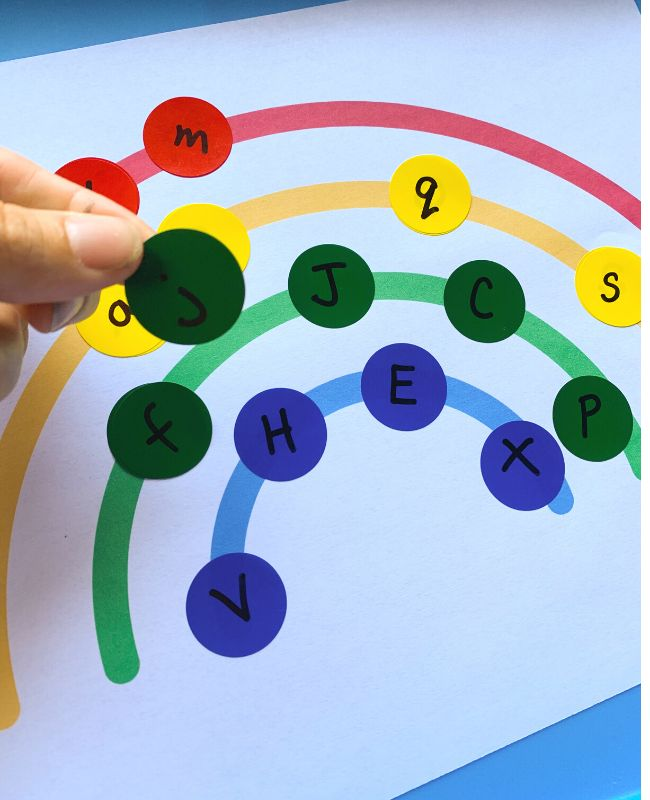 You’ll need a marker, printable rainbow worksheet, and colored dot stickers for this literacy activity. Write a letter on each dot sticker using a marker and have children match each dot sticker to the correct rainbow color. 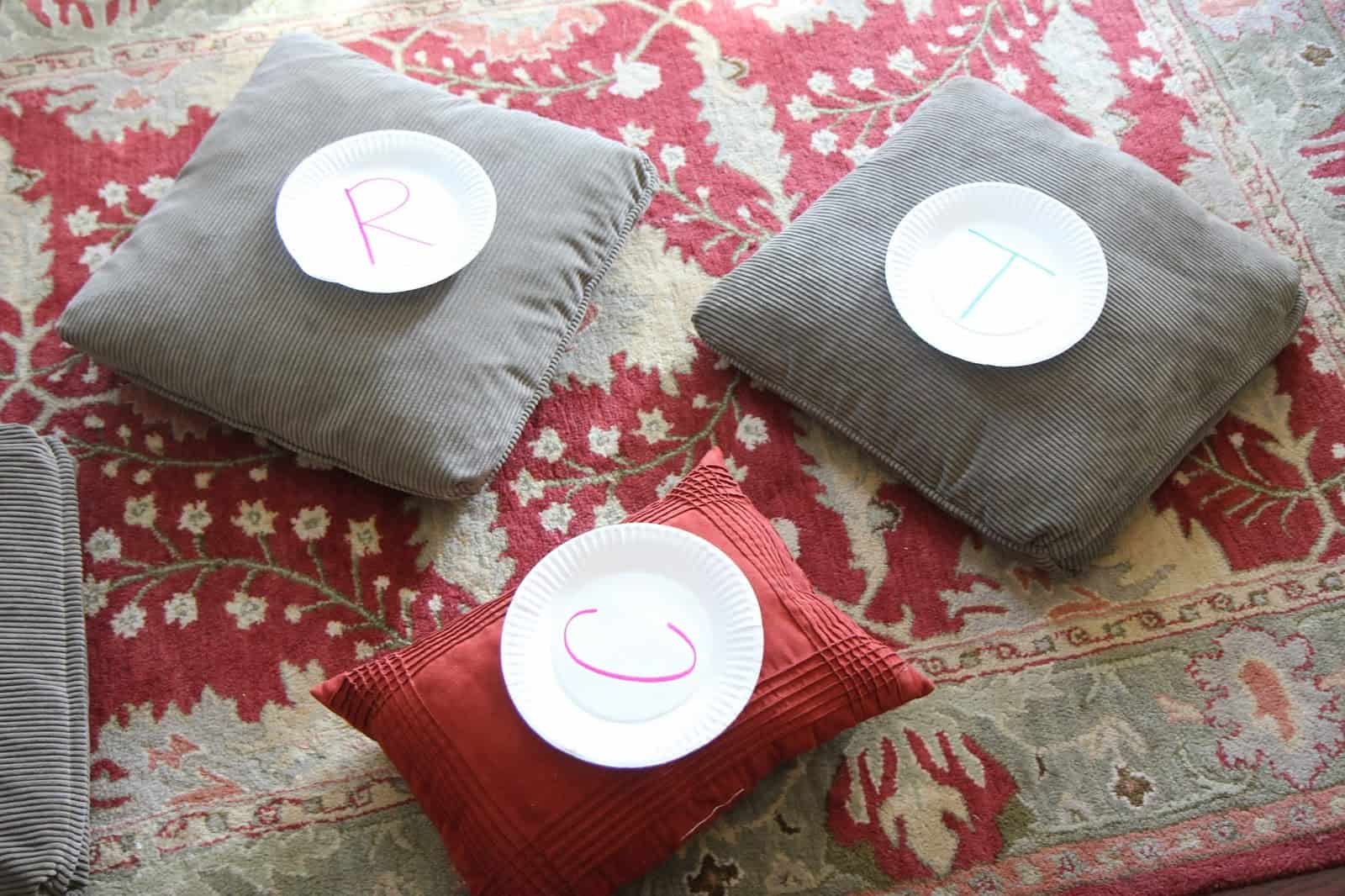 You’ll need a stack of paper plates, packing tape, a marker, and some pillows. Write a single letter on each paper plate. Next, use the packing tape to stick each plate on a pillow, then spread the pillows on the floor. Instruct the children to jump from one corner of the room to another and call out the letter on the paper plate or its sound. 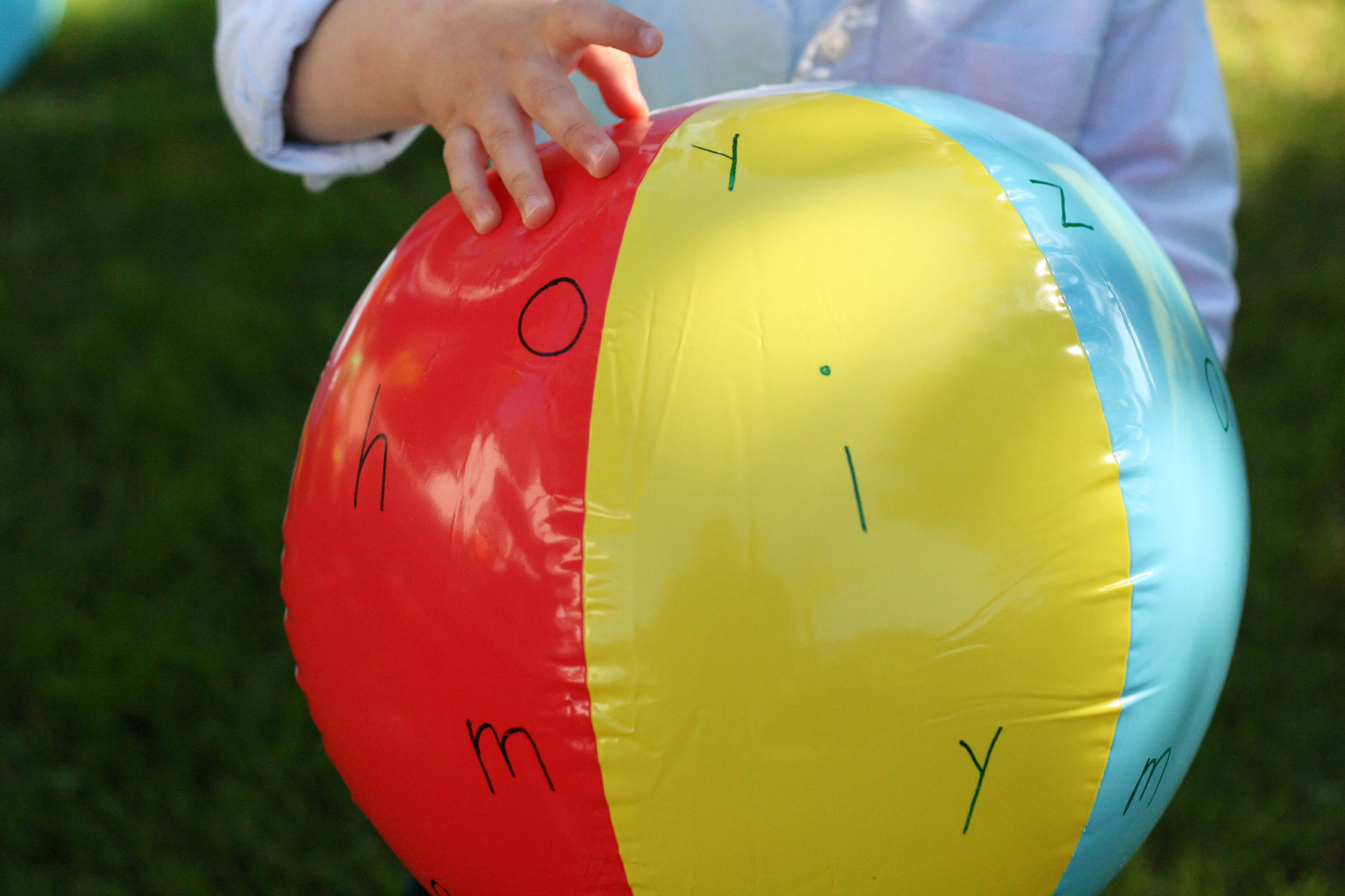 For this early literacy letter recognition activity, you’ll need an inflatable beach ball and a marker. Write letters of the alphabet evenly on the ball using the marker. Instruct the child or children to throw the ball up in the air, then shout the letter facing them when they catch it. It’s easy to incorporate letter recognition in everyday activities in the classroom or at home. Exposing children to a variety of reading, writing, and other early literacy activities will provide a solid foundation for future learning success.