How to Use Parallel Play to Promote Healthy Development of Children

Here’s how to use parallel play to create a safe play environment and promote children's healthy development.

How to Use Parallel Play to Promote Healthy Development of Children Play is crucial for early childhood development since it encourages children to express themselves creatively while developing their imagination.

If you want to know more about parallel play, we’ve put together this comprehensive guide to explain everything you need to know. 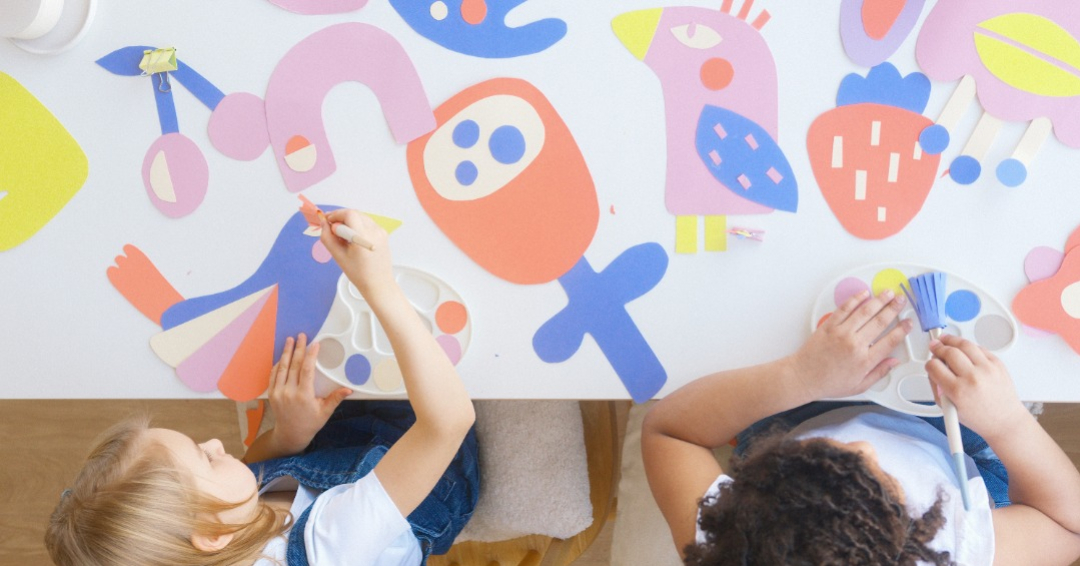 What is parallel play?

Parallel play involves two or more children playing side-by-side without interacting. Children may observe other children in the playground or mimic their actions. Parallel play is common among children who haven’t developed body awareness and social interaction skills.

Parallel play primarily manifests through imitation. It’s not uncommon to see children mimic other children’s behavior when they play with particular objects like toys. Below is a quick rundown of parallel play examples:


When does parallel play start?

Parallel play starts between 18 months and two years old. However, children are unique and achieve developmental milestones at different times. Some children are early to this stage, while others may be a bit late.

When does parallel play end?

The parallel play stage should end within a year or two after it begins. The end date varies for all children since they achieve their developmental milestones at different times. A child’s physical environment also plays a crucial role.

When do kids start playing together?

Parallel play can be hard to comprehend without knowing its origin. Parallel play is associated with Mildred Parten’s social behavior theory, developed in 1932. Her theory of social behavior is about the six stages of play that a child progresses through. She conducted extensive studies to understand children’s unique play behavior at different developmental stages.

Parten’s research involved intensively studying two and five-year-olds for one-minute periods. Her study findings showed that children play alone during the first four stages of play and together in the last two.

According to Parten’s theory, the six stages of child play are:


Below we examine each stage in detail.

The unoccupied play stage is the first sign of a child’s play. It occurs between birth and three months and is characterized by moving legs, hands, arms, and feet. This is when children learn about how their body moves.

The solitary play stage occurs between birth and two years. Children primarily play alone during this stage since they’re not interested in playing with other children. Typical play activities in this stage are touching and tasting objects and listening to their voice to explore their environment.

The onlooker play stage is also known as the spectator stage. It’s the first step to learning how to play with other children, and it starts at two years. While children watch others play, they’re usually not ready to join them at this stage.

Parallel play is when children play side by side independently. It starts at two or three years or 18 months for some children. The stage is characterized by observation and mimicking what other children are doing.

The associative play stage is when children begin to interact when playing. It starts when a child grows to three or four years and is characterized by limited interactions. Think of children using the same playground equipment but doing different activities like swinging, jumping, or climbing.

The cooperative play stage starts when a child is four years or older. Children are more sociable and interact with other children at this stage. This play stage involves collaboration, so you may see children working together to build a tower block. 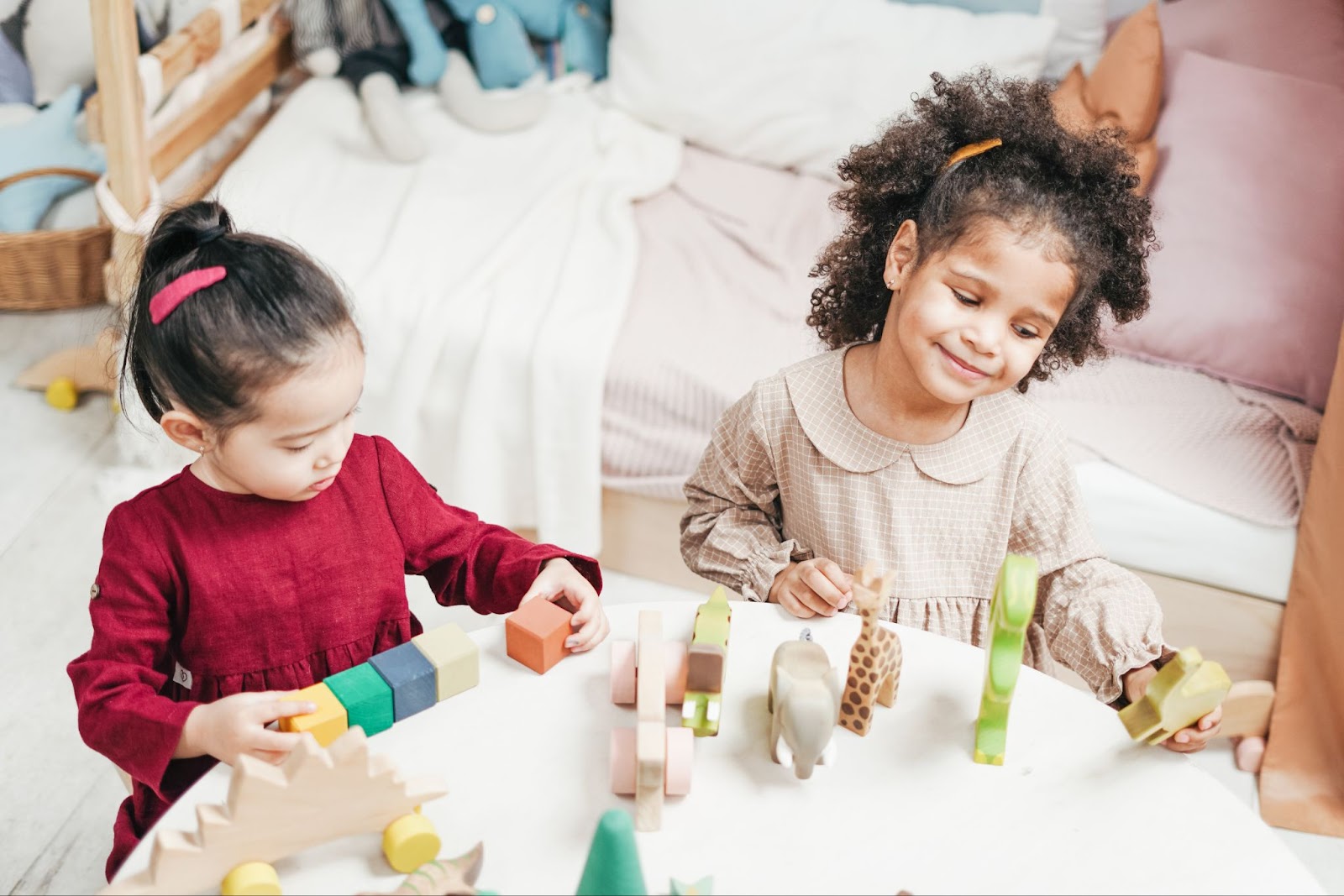 While watching your child play alone may cause alarm, nothing can be further from the truth. Instead, you want to encourage and help them with parallel play since it has many benefits for their growth and development.

While parallel play is side-by-side independent play, it doesn’t mean children aren't aware of what’s happening around them. Parallel play is an excellent way for children to develop listening skills and learn new vocabulary.

Children are inclined to pick up one or more new words from other children and adults as they go about their playing. An example is when an adult calls a toy or an activity by name. The child registers the new term into memory and may begin using it soon. Parallel play supports both language and speech development overall.

Gross and fine motor skills are crucial for children's physical strength and movement. Children use motor skills to do everything, including lifting items, walking, crawling, running, and jumping. Motor skills boost children’s self-esteem and encourage independence.

Parallel play is essential for developing gross and fine motor skills. Both small and large muscle groups are engaged while children are playing. This could be using blocks to build towers, playing with sand, or using the swing.

Children need social development to interact with their peers and adults. Importantly, they also need it to express themselves freely. Parallel play is an excellent opportunity for children to learn to express desires and emotions.

Joy, fear, frustration, and curiosity are some emotions children may express while playing side by side. This way, educators and parents can better understand children and offer specialized attention depending on a child’s unique behavior.

Parallel play encourages peaceful play among children who haven’t learned to collaborate and share items. For example, some children are possessive and may want to have all the toys at the expense of others in the playroom.

Educators and families can use this opportunity to teach the concept of sharing and foster collaboration. This way, children can coexist harmoniously while playing side-by-side.

Parallel play creates the perfect setting to encourage children to be independent even when in the company of others. This is also a skill they can take into adulthood.

How to help children with parallel play

Learn about activity ideas that promote learning across developmental domains with our free list! Families and educators have a stake in promoting parallel play. Success is guaranteed when they set playdates, incorporate music and dance, and encourage sensory play activities.