Stages of Play: A Teacher’s Guide to Play Theories

Learn more about the stages of play to assist your child in developing essential skills.

Stages of Play: A Teacher’s Guide to Play Theories For children, playing is a fun, leisurely activity in pursuit of their interests. It’s also a crucial part of their development that helps them build essential capabilities they’ll use for the rest of their lives.

Through play, children develop social and communication skills, which will help them interact better with other children and adults as they grow up. They also build literacy and arithmetic skills required at all formal education levels.

Therefore, a teacher must know about the various stages of play. This is key in guiding the children to develop their skills and abilities by playing. 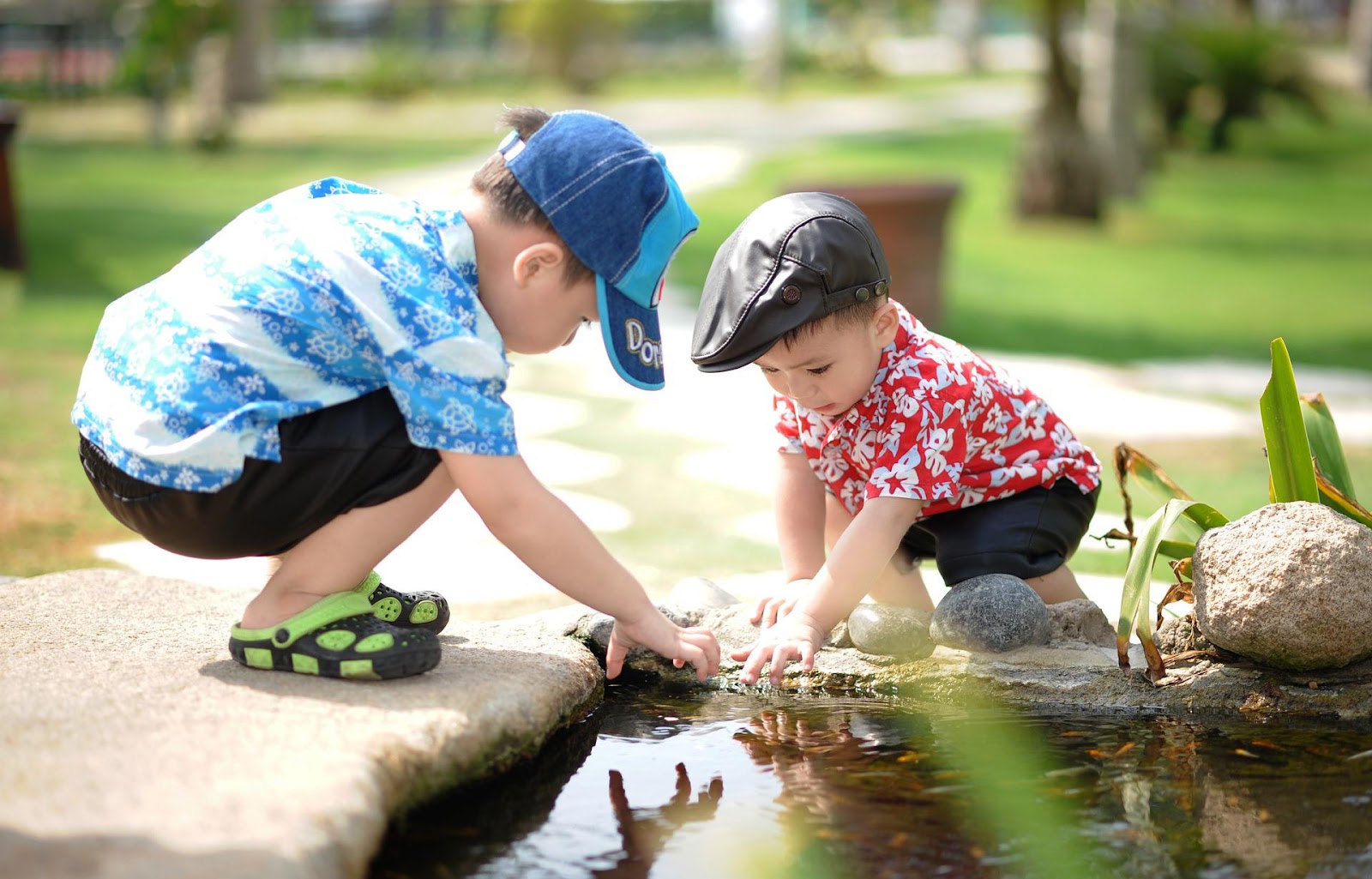 While this article explores these stages, it’s important to note that this isn’t a one-fits-all strategy. Children are unique, and as such, they respond differently to different approaches to play. These stages of play denote the different ways children engage in exploration and construction of knowledge based on their ages.

For instance, a three-month infant may only be interested in throwing their arms and feet around. In contrast, four-year-olds can coordinate their limbs to perform more complex activities, such as molding clay or kicking a ball in the intended direction.

This illustrates how children develop more complex skills that enable them to communicate, interact, and build their physical and mental strengths as they grow older.

Why stages of play are important

Stages of play are crucial for children’s growth and development. Let’s dive into why they’re important.

All children are unique and develop at their own pace. But this doesn't counter the fact that child development occurs in stages. So, children are expected to engage in specific play activities as infants, toddlers, or preschoolers.

While some children achieve these milestones effortlessly, others struggle and may need professional attention. The good news is that educators and parents can track children’s developmental milestones by observing stages of play.

Play is essential for children’s growth since it supports skills development. Children learn crucial physical, social-emotional, cognitive, and language skills through play. Importantly, developing these skills doesn’t happen overnight but is spread from one stage of play to another.

This is an excellent opportunity for educators to develop an inclusive curriculum depending on children’s unique strengths and weaknesses.

Theories of stages of play

The stages of play are anchored on three theories that show the correlation between a child’s environment and how they acquire knowledge as they grow. These theories will also show how children advance in play from simple body movements to more complex activities.

This theory by psychologist Urie Bronfenbrenner suggests that the environment in which a child exists determines to a great extent, how the child develops.

Bronfenbrenner states that children are surrounded by five layers of structures, each impacting the child with varying intensity. They are microsystem, mesosystem, exosystem, macrosystem, and chronosystem.

This is the primary level of impact as it includes people and things that have close contact with the child, such as parents or caregivers, teachers, and playmates.

In this layer, the child’s behaviors and world views are greatly influenced by the people they spend most of their time with. The child can equally influence those that exist in this layer of their environment.

At this level, child development is influenced by interactions between the child’s microsystems.

For example, when the child’s parents meet with the teacher and agree that the child should be enrolled in swimming classes, this will influence the child’s activities and schedules.

Players in the exosystem aren’t in direct contact with the child but still affect their lives. They include the media and the neighborhood in which the child lives.

For example, if a parent or guardian is laid off from their job, this might affect the child’s education, like no longer attending after-school programs if the family can’t afford it.

The macrosystem entails the larger societal and cultural situation that the child is growing up in, which can include socioeconomic status, ethnicity, or geographic location. These situations will determine their growth and worldview.

For example, a child raised in a wealthy city will experience a different development from a child born in an impoverished country.

This final layer has to do with the milestones and transitions that children make as they grow. Some of these examples include normal life changes like starting school but can also include uncommon events like moving to a new city.

Psychologist Jean Piaget argued that intelligence in children varies as they grow older. His theory posits that children grow in four stages and that their development encompasses acquiring knowledge and constructing a mental picture of how the world works. The four stages are:

In this stage which lasts from birth to two years of age, a child learns using the five senses of the body: sight, hearing, smell, taste, and touch.

Within that age bracket, children can develop cognitive abilities such as understanding that objects exist even when they cannot touch or see them. They know, for instance, that when they look at a tree and look away, the tree won’t disappear but will stay in its position.

They also imitate what they see people around them doing and have self-recognition. If they see an older sibling walking in a certain style, they’ll try to walk in the same fashion later.

From the age of two to seven, a child begins to have an imagination based on how the world looks to them, not how the world is,  and does not demonstrate problem solving skills yet. They can also appreciate the symbolism of things, for example, a word or an object may represent something more than itself in some instances.

At this stage, children also display animism, in which they think non-living objects, like toys, can think and feel like a person.

Once the child enters the seven to 11 age group, they can apply logic when solving problems. They begin to have a much less egocentric view of the world and realize others see the world in a different way than they do.

In addition, children at this stage begin to understand conservation, which means they understand that changing the form of a substance or object does not change the object itself.

At the age of 12 and beyond, they can now understand the hypothetical scenarios they’re presented with and come up with solutions in the hypothetical realm. If you ask them what they would do if they were president, they’ll suggest several courses of action.

Infants experience this type of play. At this point, they only make movements with their bodies and are intrigued by everything around them because it’s new to them.

There is no purpose, just instinct, as the infants begin interacting with their surroundings and becoming aware of themselves.

Toddlers around age two to three play with themselves and are immersed in their own games. They aren’t interested in playing with other children yet and are fascinated by toys and stuffed animals.

Around age three, children may become more interested in other children's games. However, they are content with simply watching and asking a question or two about the game, instead of joining in.

Children in this type of play will be near each other but each will play their own game or imitate the actions of the other, without interacting together.

This is when children play together but with different goals. This typically happens between three and five years.  Even when playing different games, the children will interact as opposed to the parallel stage where each child is playing on their own.

From age five onwards, children begin to play the same game together. This includes sharing toys and cooperating to achieve common goals.

How to support children through stages of play

If you're looking for activity ideas to promote learning across developmental domains, check out our free list!

Many factors influence child development, but play is particularly important. As a teacher, it’s important to understand the different types of play and theories around child development. This knowledge will help you in devising strategies that help children learn effectively and grow to be creative adults who can solve life's various challenges.

Brightwheel is the complete solution for early education providers, enabling you to streamline your center’s operations and build a stand-out reputation. Brightwheel connects the most critical aspects of running your center—including sign in and out, parent communications, tuition billing, and licensing and compliance—in one easy-to-use tool, along with providing best-in-class customer support and coaching. Brightwheel is trusted by thousands of early education centers and millions of parents. Learn more at mybrightwheel.com